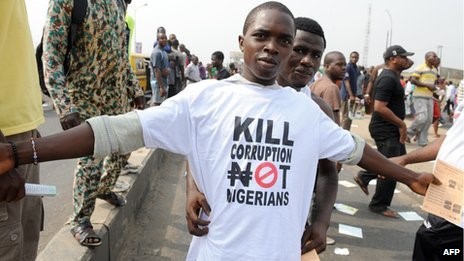 In times when Nations are falling so easily into recession, one cannot help but turn to the last group of people who stand as soldiers defending mankind from possible extinction. The entrepreneurs!

Entrepreneurs have been known to constitute the main force behind economic growth as they induce the needed competition and innovation which any nation needs to survive hard times and thrive in good times.

The level of productivity of any country can largely be traced to entrepreneurs and entrepreneur-minded individuals who create policies and strategies which boost productivity.

Structural change cannot be measured in any economy without taking into consideration the effort of entrepreneurs.

Research has shown that even in economies which are entirely driven by innovation, less than 3% of the work force starts a business in any given year.

Countries that have stiff laws and taxes which stifle entrepreneurship are known to record slow growth and development with this factor taking a toll on the Gross Domestic Product.

Considering how only a select number of people have the “juice” to see through their entrepreneurial inclinations, one way to reward entrepreneurs and boost economic growth will be to create an enabling environment for small and medium scale businesses to operate.

This is not to say that high levels of self-employment will inadvertently lead to productive entrepreneurship. It simply means the probability of economic growth due to entrepreneurship is higher in an economy where regulations are not a deterrent to small businesses.

However, at the same time, the trap of existing in a thriving economy means the government and authorities are less inclined to make more room for rising business because “Why focus on something unknown when we already have what works for us?”

This is especially deepened by the fact that entrepreneurs can cause a disruption and steer focus away from existing firms.

It is important to take into consideration the role of entrepreneurs in economic growth.

A role of Entrepreneurs in economic growth is increase in the standard of living.

Entrepreneurs can do this by creating more jobs and opportunities, developing the areas they operate to suit their needs and those around them, increase the GDP.

The competition between them will also make goods and services more affordable to the public.

Setting up new chains of businesses also creates a more balanced regional development and helps areas that are behind catch up in infrastructural development.

In as much as entrepreneurs are important to economic growth and development, one major problem poses a threat to both.

This act of cutting corners using dishonest and fraudulent means is responsible for the retarded economic growth in many countries.

Big players in the country tend to use their influence to circumvent regulations and policies and even influence these policies to favor themselves.

Many capitalists use corrupt means to create a subtle monopoly which edges out the competition and creates a market only attuned to purchasing their own goods.

A very good example is the case of Samsung top boss bribing government officials to get favor in the securing of a merger deal.

This is depictive of how many companies use influence to stifle entrepreneurs. negatively affecting economic growth as there is less competition and inclination to stepping up quality for users.

In a country like Nigeria where corruption seems to be on the rise, cabals and companies are known to massively bribe government officials and institutions to secure contracts and policies which are favorable to them.

This will affect economic growth as the needed diversity and competition as well as innovation will be greatly reduced.

Economic growth will naturally reach its climax if favorable conditions are put in place for entrepreneurs and policies put in place by the government and authorities are strictly adhered to.