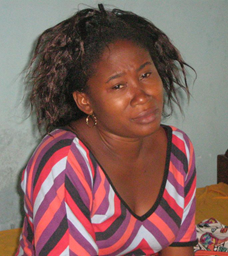 The international community recognizes domestic violence against women as an act of gender-based violence that results in, or is likely to result in, physical, sexual or psychological harm or suffering to women’. Gender-based violence is violence that is directed against a woman because she is a woman or else affects women disproportionately. Examples include rape, domestic violence, trafficking, forced prostitution, sexual exploitation, sexual harassment, female genital mutilation, forced marriage and various obnoxious custom-based laws that demean women.

The figures in the Netherlands, just as in many parts of the world, show that domestic violence consists mainly of violence by men against women. Domestic violence is a statutory criminal offence. The fact that on many occasions it occurs in private between people who know each other and may have a close relationship, does not make it less serious.

On the contrary, it is worse to suffer abuse at the hands of the person you know. Survivors face many obstacles in trying to end the abuse in their lives, including, among others, psychological and economic entrapment, physical isolation and lack of social support, religious and cultural values, fear of social judgement, threats and intimidation over custody or separation, immigration status or disabilities and lack of viable alternatives.

Children who are exposed to domestic violence also experience psychological problems that greatly impede their proper growth and development. They are retarded, are slow learners at school, they isolate themselves from friends and show a high incidence of violence to their peers and/or adults.

In 1997 a survey was carried out by social workers and police which confirmed that domestic violence is extremely widespread. More than 25 percent of the Dutch population reported that they experience domestic violence on daily or weekly basis over a long period of time. Nearly one third said it had changed their lives dramatically, leading to divorce, anxiety, or problems with forming close relationships.

Roughly as many males as females are victims of domestic violence. The main difference is that violence perpetrated against women is usually more serious and often takes the form of sexual abuse. Moreover, males are more likely to be relatively young at the time; girls and women experience violence throughout their lives. Eighty percent of the offenders are men.

Domestic violence still occurs, but mainly among immigrant women who are too vulnerable to report their situation to the police on account of cultural stigmatization that forbids women from turning witness against their husbands. Most migrant women are not aware of their basic rights in the Netherlands or where to go for help; the help centre, and helpline provided by Vital Aid Foundation have been a source of help to African migrant women in crisis situations

Similarly, there is no effective monitoring of domestic violence when it comes to marriage with a non-Dutch citizen. Normally, non-Dutch citizens are dependent on their Dutch partners for their livelihood, protection and legal permit to stay in the Netherlands.  Because of their dependence, some men become abusive to their spouses.

Human Trafficking and sexual exploitation of women and children 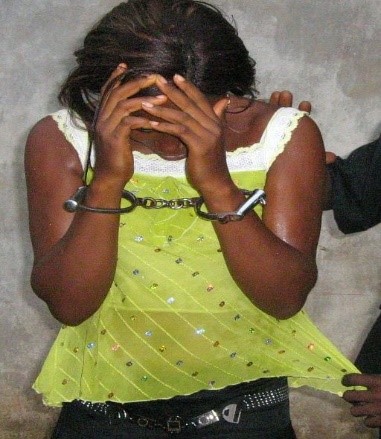 Human trafficking has increased of late across borders, especially with victims coming from Sub-Saharan Africa mainly to Europe and America. This trade in human beings, a present-day form of slavery according to the United Nations Organization for Drugs and Crime (UNODC), is one of the fastest growing criminal enterprises in the world, second only to drug trafficking. Woman trafficking is by far the commonest form of human trafficking today. According to a report by the US State Department, approximately 80% of victims of human trafficking are women and girls.

Young girls are being transformed into victims of sexual exploitation, in most cases by people they know or strangers who promise jobs and safe- haven to the victims. Evidence shows that the most alarming cases involve women from sub-Saharan Africa, Asia and Eastern Europe.  These women are most frequently lured into this trap because of the prevalence of abject poverty, vulnerability, displacement by war, trauma, etc. in their countries of origin.

The appalling social and economic conditions in Africa have made it easy for trafficking to flourish.  As widely reported in international media, Europe and other developed areas of the world are the main hope for survival for these people.  Promises of employment, access to finance, good living, security and order are used as a luring strategy.  However, as is well known, these promises have turned many women and girls into sex slaves; their rights are disregarded, vital information is withheld from them and, to make matters worse, they are permanently in debt to their masters (traffickers).

Favourable policies for victims of SGBV:

There has been a considerable efforts by the Dutch government to make favourable policies aimed at facilitating, for the victims of trafficking and other vulnerable migrants, the legal resident permit to stay in the Netherlands with the B9 status, and, on the other hand, to press charges against the traffickers and perpetrators of violence against women.

The B9 status is meant to help victims’ access social security, housing, health care, language school and formal employment. However, most of the victims have failed to gain formal employment in a normal working environment, because they lack basic skills and have had no formal education back home and have never been employed in a conventional working environment other than the brothel.

Vital Aid Foundation has come to realize that in spite of all these provisions, trafficked women, particularly women and girls of African origin, have been hesitant in seeking justice.

We recognize the imperative to position our organization at the peak of its proffered objectives and to use this acclaimed expertise to create an effective service for the benefit of our target group.

Trafficking needs to be tackled internationally on account of its cross-border character. The circumstances, settings, problems and responses in each country are different. Trafficking can best be addressed by local NGOs with assistance from governments and international organizations