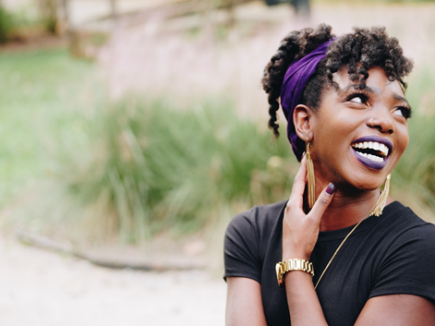 In many countries, the number of women who actively participate in the workforce is very small.

Researchers have revealed that this has greatly affected the level of economic success given the strides that could be covered if more women are given the opportunity to participate.

According to a report, an increase in the number of women can raise the GDP of countries like the United Arab Emirates by 12 percent, Unites States of America by five percent and Egypt by thirty four percent.

Especially in countries with rapidly aging societies, the addition of more women to the overall labour force will significantly boost the economic growth.

An article published by the International Finance Corporation reveals that the more women who participate in the labour force of private organizations, the more profitable and productive those organizations become.

Women have also been known to help improve staff retention and actively influence the level of innovation, and access to external resources like new talents and markets.

In an overall scale of things, giving women more opportunities to join the labour force of any economy will translate into a more balanced and uniformed growth. The women in turn will provide for their families and households, reducing the strain on men.

Which leaves the question; “What is stopping these women from participating more?

A careful look at many societies reveals the inclination to male folk in many specialized areas.

Unless the woman has undeniably more competitive skills than the men, many companies tend to favour the male folk.

Another reason is the selectiveness of these women.

Women are known to prefer roles that are more suited to their emotional wellbeing, leaving the seemingly more tedious tasks to the men, favouring roles with more emotional engagement.

This has caused many women especially in the field of medicine to favour areas of specialization like paediatrics over areas like neurosurgery (example).

Furthermore, in many third world countries the male folk are usually encouraged to pursue their dreams and ambitions while the women are less equipped to handle professional roles emphasis placed on how they should manage their homes and small trades.

Especially in areas of politics, world statistics shows that only a fraction of women compared to men, are successfully voted into positions.

Also, in these countries, only roles that are “less socially prestigious” are made available to women. A good example is how there seem to be more women in the educational system in many African countries than there are men.

Jobs like secretaries and sales positions are usually more readily available to women than men as well.

As can clearly be seen, this has greatly influenced the levels of success in these countries and like it or not, one cannot help but notice how countries with more women taking active roles professionally are economically more successful than those with less women.

In cases where some companies have tried to include more women in key roles, their inability to curtail cases of sexual assault and comments ends up in ugly scandals (e.g  Uber).

Also noticeable is the fewer number of women found higher up the corporate ladder in many organizations. This can in many ways deter many women from putting in their best effort at the job.

Finally, is the belief that women seldom support each other.

A clear case is the result of the 2016 US presidential elections which saw many analysts put it that many women voted against Hillary Clinton.

Economic success and uniform growth in any country or geographical area is largely tied to the number of women actively involved.

Whether we like it or not, the full potential of any organization or nation will hardly be scratched with less women integrated into its system.