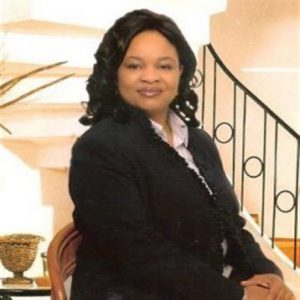 Ms. Marilyn Marthins is an accomplished executive who received specialization in social science and international humanitarian assistance postgraduate, at the Liverpool School of Tropical Medicine U.K., a visionary leader, creating a compelling response to the plight of many, struggling with poverty, injustice and hopelessness..

With a dream to provide hope, life skills, employment and income for vulnerable women and children, care assistance to the physically challenged persons and the elderly.

Marilyn Marthins is calling for a holistic and empowering approach that puts valued-based social concerns alongside economic and development issues.

For the last seventeen years, Ms. Marthins has been the project coordinator/executive director of Vital Aid Foundation, where she has also shown a remarkable integrity in managing and implementing donor funded projects in general, designing trainings and supervision of activities for the organization.

Ms. Marthins was honoured with the 2015 AWAI Women of the Year award for positively impacting people’s lives in the community.

The Ambassador of the federal republic of Nigeria to the Netherlands

Dr. (Mrs) A.A. Akanbi awards Ms. Marthins the Lifetime Achievement Award for credible and patriotic Nigerian, after the public nominated Ms. Marthins during Nigeria@50 2010, as the esteemed Nigerian who during her lifetime has inspired generations and has had an impact on the future of many fellow Nigerians especially migrant women who has fallen victim of trafficking and domestic violence, enabling them to become empowered and take their rightful place as part of society.

Ms. Marthins on-behalf of vital aid foundation, received award of €16.000,00 from Oranje fonds for best impactful community project of the Year 2005, distributing nutritious food, care and compassion to the underprivileged.

Ms. Marthins received the Korenmaat foundation award 2006, for positive leadership skills and being a blessing to Holland.